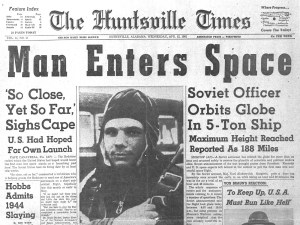 The National Academy of Science in the USA is looking for public input on the future of humanity in space. To achieve this, they put out a public call on twitter for suggestions (#HumansInSpace). For the last 24 hours, suggestions of all sorts have been rolling in, ranging from cynical to wildly optimistic and from practical to obtuse. I corralled what I thought were best of them for your perusal.

Many of the comments reflected the changes we are seeing in modern space exploration, namely privatisation. It is quickly becoming clear that governments no longer have the political will or finances to fund space exploration and colonisation on the scale that is required. Private companies are already starting to take up the slack, and will continue to do so now that space exploration is becoming profitable.

To put #HumansInSpace, I think we need more collaboration, a collective goal shared across countries and cultures.

Human spaceflight HAS 2 become less $ (yes I've said that already) & govt has 2 get out of space biz or it'll never happen. #HumansInSpace

First priority, fund it properly at the levels appropriate for such a monumental task, as opposed to wasting it on fluff #HumansInSpace

@dittmarml no more NASA budget review. If US wants to fund projects, they should be paid in full up front or funded privately #humansinspace

Bring in the Robots!

A couple of people mentioned that humans shouldn’t be in space at all, and I would agree, to a point. The majority of mining and manufacture needs to be done by machines, from a cost and practicality perspective. On the other hand, humanity will, sooner or later, need to leave this planet.

Humans in space? Romantic, yes, practical no. Space is for the machines. #HumansInSpace

Here are a couple of the more promising, practical suggestions that I hope the NAS will pay attention to. They cover a range of topics:

Stop talking about "exploration," @arialwaldman. It's about settlement and development. Exploration is means, not end #HumansInSpace

On building in space:

@NASciences Build one ship in orbit that will complete multiple extended manned science missions throughout the solar system. #HumansInSpace

#HumansInSpace Start using short manned flights to clean up/recycle #SpaceJunk. A way to propell it towards the moon for materials to build?

On health and wellness:

We badly need to learn what the minimum level of variable gravity humans need to survive/reproduce/thrive #HumansInSpace µg data not enough.

And a few more:

The breadth and insight represented in these tweets is encouraging. Space exploration is a challenging and dangerous field with more complications than solutions. I am excited to see whether these ideas and suggestions will come to fruition over the next twenty or thirty years.