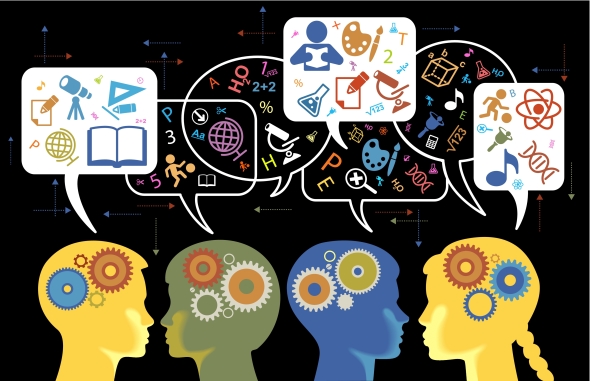 This week I had the pleasure and privilege of attending ‘Science meets the Media’, a workshop held in Stellenbosch that brought together scientists and science communicators to talk about the challenges and issues of communicating science through mass media. The presenters were top-notch, interaction was good, and discussions were wide-ranging, in-depth, and at times rather heated. In short, it was brilliant. I’m pretty new to science communication, and it was so valuable to me to be exposed to such a spread of opinions and priorities. But enough about me; on to the important stuff. What follows are my views on the major issues and take-home messages from the three-day event.

As I said above, great discussions were par for the course, and none triggered more debate than the so-called ‘communication gap’ between scientists and journalists. What really stood out for me was the difference in time-frames and priorities between the two groups. Again and again, the conversation returned to this disconnect between what scientists want to get from communication of their work and what journalists want to cover. And any scientist that has worked with the media will tell you that the two groups certainly disagree on what constitutes a reasonable time-frame for a project. Fortunately, this is a surmountable problem. Like in any good relationship, the answer lies in willingness to compromise. I have no doubt that a better understanding of what motivates the other will do wonders to improve the relationship between science and the media.

Another thing that came up a lot was the issue of ‘breaking science news’. Several speakers talked about the dangers of overhyping science stories; in effect, media houses trading accuracy for newsworthiness. There was even a suggestion of banning the word ‘breakthrough’ in reference to scientific discoveries. This is another example of differences in priorities, and the consequences can be far-reaching. It can impact the standing of a scientist, and their relationship with the media in future. But a far greater problem is the spread of misinformation. Obviously, this is something we as communicators would like to avoid, but when it comes to health reporting it is dangerous and irresponsible. Reporting a cure for cancer, or that a major HIV treatment is ‘just around the corner’, lends false hope to sick people, and misleads an under-informed public – exactly the opposite of what we would like to achieve. A quote that was mentioned during the presentation of Dr. Carl Albrecht (Director of Research at CANSA) is pertinent: Carl Sagan said, ‘Extraordinary claims require extraordinary evidence.’ It is important to remember this added responsibility when reporting on discoveries and so-called breakthroughs in the health sciences.

At the end of the three-day workshop, several issues and thoughts stuck with me. THe issues I have mentioned above; now onto the take-home messages. The first expands on the compromise mentioned earlier: there is a need to work together to improve on the reporting of science in mass media. Simply put, better communication between parties will results in better stories, as well as more accurate reporting. Deputy Minister for Science and Technology Michael Tshililo Masutha had an interesting point to add to this – he said that scientists and journalists have a mutual responsibility to contribute to the development of our country. This has always been a priority for scientists, and I liked the idea of collaborating with the media to achieve this.

Another point that really hit home was that despite the many differences, the motivations of journalists and scientists are in fact very similar. A voracious curiosity and hunger for truth is almost a prerequisite for both disciplines, and both professions subscribe to surprisingly similar ethical codes. I know I said earlier that we are rather different, and I hold to that. But there is certainly common ground, which holds the potential for fruitful, mutually beneficial partnerships in the long term.

I have just one more point to make, and I think it’s an important one (That’s why I left it to last. Maybe I should have catered to the internet attention span and put it first…). What this workshop highlighted for me is the need for what I would call cross-pollination between the disciplines. In a way, that’s what this workshop was about – improving each group’s knowledge and understanding of the other. But I can definitely see the need for some kind of formal training in scientific communication (a post-graduate diploma, perhaps, if not a full bachelor’s degree). It would provide basic scientific skills – data analysis, how to recognise bad science, that sort of thing – as well as basic communication skills and principles of good journalism. I think it would raise the bar in terms of the quality of science communication in this country. That’s my two cents, anyway.

Overall, I thought that this workshop was fantastic. I was exposed to a world I didn’t know much about, learned a huge amount, and met great people. I’d like to thank the DST, Marina Joubert of Southern Science and George Claassen of Stellenbosch University for the opportunity and all their hard work. Also, thanks to everybody for the great stories and discussions. I loved every minute of it.

For more details of the event, check out #smmstb2013 on Twitter.

Disclaimer: This was written at the behest of a friend. If you think it’s rubbish, you can blame her =D

One thought on “Report Back: Science meets the Media”