In the always-on world we now inhabit, power supply has become a major limitation on our technological freedom. I found a few interesting new ways to generate power which may be coming soon to a device near you. At the moment, the big push is to see how small and light we can make batteries – new materials, new configurations, even new types of battery. As I see it, this isn’t really the future. Sure, we can take incremental steps to improve battery performance or lifespan. But the real advance will come when rather than relying on batteries, out devices are pulling bits of power from all over the place – solar, wind, kinetic, thermal, the whole lot – and integrating them into a single constantly recharging power source. That is the future, at least in my book. Below are a few baby steps towards that utopian vision. 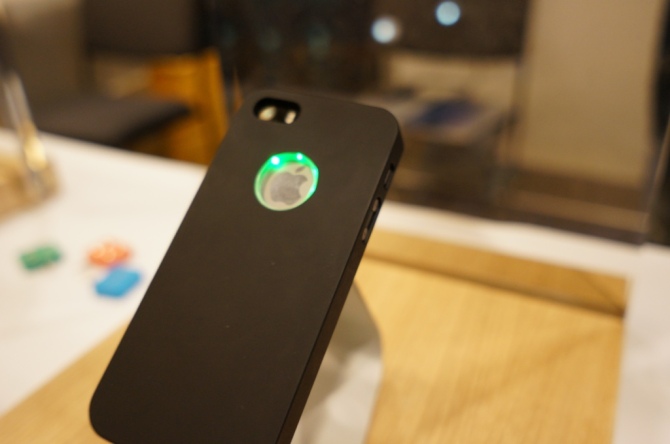 The Lune Case: This technological marvel powers itself from the electromagnetic field of the cellphone.

The first is a seemingly ordinary product – an iPhone case called the Lune, by Concepter. This case is cool, because it draws power directly from the electromagnetic field created by the phone – no battery required! Maybe that seems a little arbitrary, but let me explain: every powered device on the planet has an electromagnetic field around it (Here’s a really good article about why your cellphone signal sucks sometimes, that covers this). So, taken to its logical conclusion, any device could recover some of it’s power from itself. Or other devices, your car or your fridge. Very cool. 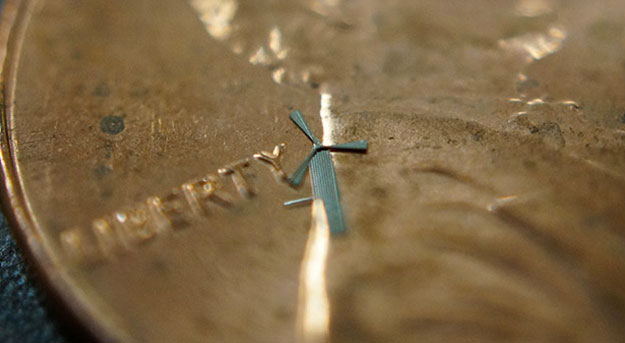 Microscopic wind turbines: Scientists have created these microscopic turbines, which may power the devices of the future.

This one is further away from realisation as a commercial product, but very cool. Scientists in Texas have built these almost microscopic turbines that could be used to generate small amounts of energy. And when I say tiny, I mean it – 10 of them could fit on a grain of rice. A Taiwanese company, WinMEMS, is busy developing these for various commercial products. These turbines are so small, you could really put them onto any surface that would be exposed to wind, or even just an object that gets moved around a lot. A cellphone, for instance, or almost any  wearable tech (as an aside, I predict 2014 to be the year that wearable tech becomes commonplace. Watch this space for an upcoming post about it).

Speaking of wearable tech, the last entry into this short list is as wearable as it gets – it’s a textile battery. Korean scientists created threads that could store energy produced by a small solar panel. The cool part is that the threads were woven into a fabric that could be used to make clothing, opening up all sorts of opportunities for wearable electronics. The scientists also showed that the battery was very durable, and kept working even when it was bent, folded and twisted repeatedly. If the very clothes we wear can be used to harvest and store energy, that would revolutionise portable electronics.

So there you have it, a few small steps in the direction of a battery-free world. It will of course, be many years before that particular pipe dream is a really, but the foundations are there.